As Plato reminds us, the “world of ideas” can be a better world. 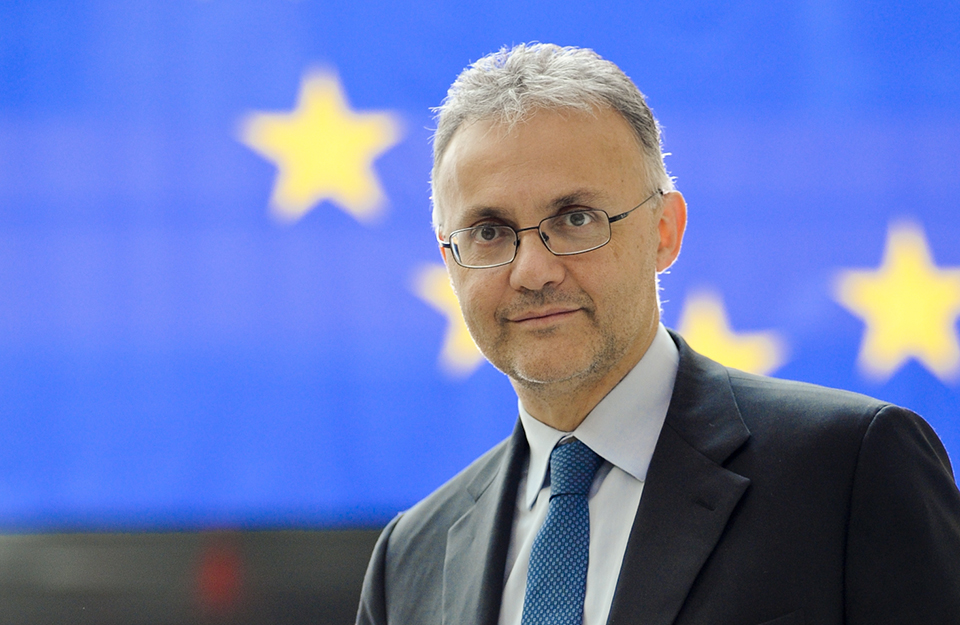 As Plato reminds us, the “world of ideas” can be a better world.

If you ask me to talk about myself, I could start from here, from the Milanese studio of Meseuro, the Center for International Relations that I founded to put at the service of public and private companies and of countries the experience I gained on the field in over twenty years working in high-level institutions, in Italy and in Europe.

And I could start from what I see, right in front of me, right now, a picture that I love, reminding me every time  that I look at it that finding solutions to problems is my mission. It is a photograph, a fishing scene immersed in a blue sea, a sea potentially full of difficulties, but which always gives us back something good.

But let’s start from the beginning, from July 24, 1961, the day of my birth in San Giovanni Rotondo, in Puglia. From Puglia to Milan, the step was short to achieve a degree in Philosophy at the Università del Sacro Cuore. It was 1985 and I decided to move definitely in Milan, to make a family with my wife Giovanna, known in high school, and our children, Francesca Romana and Angelo.

In 1999 I was elected to the European Parliament and the doors of Europe opened to me, even though until then I had observed it from a certain distance. I finally had the opportunity to verify if the human ideals of peace and freedom that had animated Adenauer, De Gasperi and Schumann could become a guiding line in the challenges of my time. The same challenges I shared with many colleagues from every corner of the Old Continent and it became very interesting.

As Vice President of the Culture Commission, the Erasmus Program was a priority to me, so I committed myself to increase the funds, strongly believing in this project that allows thousands of young people to a unique cultural and human experience.

At that time, I also held the role of Vice President of the EU / ACP Assembly, continuing the difficult battle in defense of human rights and dignity of the human person, participating in the front line of the missions organized by the European Parliament in several countries including Sudan, Iraq, Uganda, Papua New Guinea, Palestine, Burundi.

In 2004, thanks to my new position as Vice President of the European Parliament, I could broaden my range of action and pursuing the line of human dignity and religious freedom, I was delegated by the President of the European Parliament Hans Gert Pöttering to “Relations with churches and religious communities “. The resolution I propose on “Serious events that compromise the existence of Christian communities and other religious communities” for the protection of human dignity and human rights was approved by a large majority.

At the same time, I strengthened Parliament’s communication strategy by reducing bureaucratic burdens and, in my role as Vice-President responsible for the STOA and research programs, I pledged to promote a European dimension to raise awareness of the press on sensitive issues such as international adoptions, freedom of religion, freedom of the press and the genocide of Darfur, while encouraging inter-religious dialogue within the Euro-Mediterranean Parliamentary Assembly.

In 2009, I was elected to the European Parliament for the third time and I was appointed President of the Delegation of Deputies of Il Popolo della Libertà, taking an active part in the work of the Special Committee on the Financial, Economic and Social Crisis.

That was the time when the recession began to hit Europe and Italy, and in my role I succeed in supporting Italian small and medium-sized enterprises for access to the structural funds, issuing the written declaration “on the use euro bonds as a new strategy to support growth “; and, as rapporteur, I was able to obtain an increase in the TEN-T budget (trans-European transport network).

As co-chair of the Social Economy Intergroup, I promote the European Federation of Food Banks with the written declaration “On the provision of approved charity organizations working to implement the European food aid program for the neediest citizens” and I became a member of the Committee on Foreign Affairs.

In March 2012 I became a member of the Committee on Economic and Monetary Affairs (ECON Committee), which has a responsibility for issues such as the EU’s economic and monetary policies, fiscal and competition policies, free movement of capital and the regulation of finance services.

In February 2013 a new adventure begins: after almost 14 years of European Parliament, I leave the chair of the delegation of the PDL in the EPP and was elected to the Italian Senate in the ranks of Scelta Civica con Monti. The appointment as a member of the Committee of the “Wise” follows shortly: having noted the complex electoral result of the previous political elections, the President of the Republic, Giorgio Napolitano, entrusts us with the difficult task of drafting reform proposals to get the country out of impasse. The fruit of that intense work of comparison and synthesis leads to the establishment of a government of “service to the country”.

On April 28, 2013 on the proposal of Prime Minister Enrico Letta, the President of the Republic Giorgio Napolitano decrees my appointment as Minister of Defense.

From April 2018 I’m working as senior advisor in large consulting firms, starting a new challenge: I founded my Meseuro International Center, where I put all my experience on the field, in Europe and in Italy, offering a broad horizon of the many areas in which I applied my skills during my career – from aerospace to defense, from energy to agriculture – and an innovative approach to problems, but above all to solutions. My primary role is to list and select skills according to the needs of my interlocutors.

And so many pages are still to be written.

Find out what Meseuro can do for you. If you are ready to know more and receive information fill out the form below.