‘Time to heal‘ is a biblical quotation from the book of Ecclesiastes, but also a wish for the world to emerge from the pandemic. This is the theme of the G20 of religions, the Interfaith forum that for three days in Bologna brought together religious leaders and government representatives, diplomats, and experts from 70 countries.

The initiative is part of Italy’s G20 presidency and was attended by a large number of Italian government representatives, with Prime Minister Mario Draghi closing the forum on Tuesday 14 September, which was also attended by Ministers Di Maio, Lamorgese, and Bianchi.

After dwelling on the Afghan crisis, on the need to reach the poorest countries with vaccinations in the fight against Covid, and to support them in the environmental challenge, Prime Minister Mario Draghi stressed that the duty of politicians is action, preceded and guided by study and reflection: “In this, you religious authorities have a fundamental role. You awaken sensitivities dulled by indifference or calculations of convenience. You call politicians to action consistent with your message. In the most tragic moments of recent history, you have built bridges where terrorism and war had erected barriers. You have called for respect for differences and rejection of discrimination. And you have courageously defended the rights of communities that are victims of persecution“.

“The idea of bringing together, at the same time as the G20, scholars, representatives of different faiths and representatives of civil society in a specific moment dedicated to the spiritual dimension, is a far-sighted choice, particularly at a time when there are renewed temptations to use religious expressions as an element of confrontation rather than dialogue. The awareness of how the religious factor is an important element in the construction of a fairer international society, respectful of the dignity of every woman and every man, is becoming more and more rooted,” said the President of the Republic Sergio Mattarella in a message to the participants of the G20 Interfaith Forum 2021.

What is the role of religion today?

Pope Francis‘ message to the participants recalled the beauty of being together precisely to cultivate seeds of unity and reconciliation where war and hatred have sown death and lies:

“The path for peace is not found in weapons, but in justice. And we religious leaders are the first to have to support these processes, testifying that the ability to fight evil does not lie in proclamations, but in prayer; not in revenge, but in concord; not in shortcuts dictated by the use of force, but in the patient and constructive force of solidarity”.

Today, however, this, unfortunately, seems to be a distant dream. Rather, a deleterious “climate change” seems to be taking place in the religious sphere: in addition to the harmful changes affecting the health of the Earth, our common home, there are others that “threaten Heaven“. Still, the inflammatory preaching of those who, in the name of a false god, incite hatred, is spreading in an often uncontrolled manner. What can we do in the face of all this? The Forum tried to answer this dramatic question, starting with a ceremony designed to remember the men, women, boys, and girls who have lost their lives while in a place of worship.

The urgency after Covid

Card. Zuppi, in dialogue with representatives of different faiths on “The most urgent thing after Covid”, said that “the pandemic has illuminated the many “pandemics” already present in the world, such as war and inequalities between individuals and peoples, and has also accentuated them. This is why the effort in these days for ‘men of religion’ has been to dialogue in order to propose to men of government the medicine for all pandemics: brotherhood.

These “pandemics” require a qualitative leap. In the various sessions, in different ways, it was agreed that dialogue today must represent more than fraternal exchanges between religious leaders or a commitment to delegitimize violence perpetrated ‘in the name of God’. 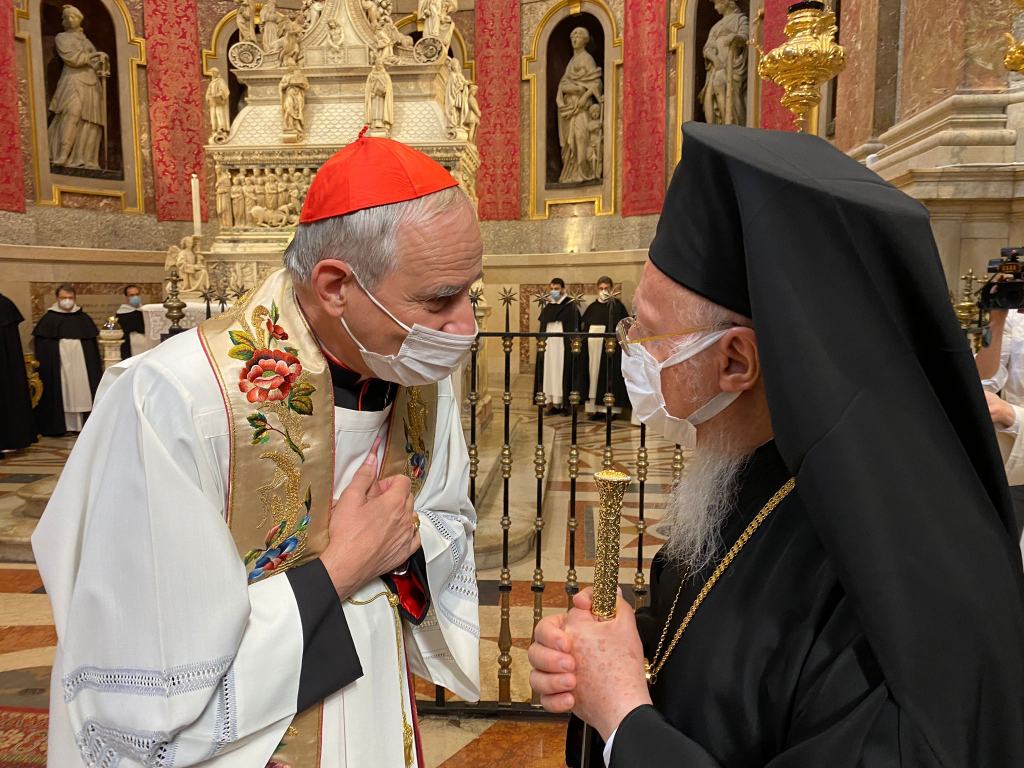 Bartholomew I, Ecumenical Patriarch of Constantinople, also spoke at the IF20 in Bologna to appeal to world leaders who will gather in Glasgow in November for the 26th UN Conference of the Parties on Climate Change (COP26). On this occasion, he proposed a ‘modern asceticism‘ as a cure to heal the world and humanity, sickened by selfishness, lust for possessions, unbridled consumption of others. In this way, the common commitment to make us care for each other can be medicine for humanity and its home.

Religion: an ally in international politics

As already mentioned, the sessions were also addressed in the presence of authoritative figures in international relations and politics. In particular, in the working groups dedicated to the role of religions in the critical places on the world political agenda, it emerged that authentically religious values are a precious ally of an international policy aimed at protecting life. In other words, an international policy of healing. From development to the protection of fundamental rights, the promotion of true equality between men and women, conflict prevention and resolution, environmental and health protection, and access to education, there are many areas in which their contribution to human society is expressed.