Home » Political and Economic Scenarios » Taxes for big multinationals: the historic agreement at the G7

Taxes for big multinationals: the historic agreement at the G7

Taxes and big tech – this is perhaps one of the biggest issues on the table of European institutions for some years now.

In the last few weeks there seems to have been some important news in this regard. The turning point, according to experts in the field, seems to have been the arrival on the international political scene of the President of the United States of America, Joe Biden.

In the technology sector in particular, there is an opportunity for closer cooperation, not least because the power of online giants such as Amazon, Google and Facebook has meanwhile become mysterious even to Americans. It was the American President himself who recently presented a plan for a global minimum tax on large companies of around 15%. The breakthrough compared to past negotiations would be the historic decision to have taxes paid in the country where the profits are collected. But above all, to make them pay fairly on the basis of earnings.

Taxes: the proposal of the G7 economic powers

So far, things have been different: in addition to the large multinationals, some countries, which are more advantageous in terms of taxation, have also benefited from the current conditions. It is a different story for high-tax states. 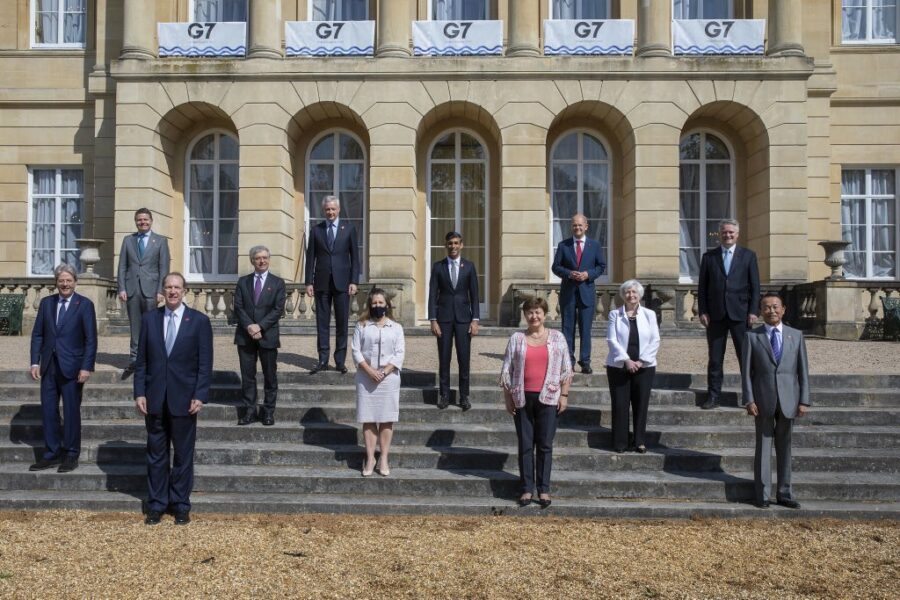 There has also been a change of direction on this side of the Atlantic thanks to the decision of some European nations (the main economies of the old continent, such as France, Germany, Italy and Spain) to put up a united front.

The Europeans are a bit ahead of the Americans: in the US, the first drafts for the regulation of large digital companies were presented last Friday, and they have been in the EU since December. So far, multinationals have reacted cautiously and have not interrupted the new harmony between the EU and the US. They are also interested in fair competition, they told parliamentarians who are working on the details of the regulation. Collaboration, on an issue that affects almost all member states, succeeded where past negotiations had failed. Google and Facebook have given their approval to this proposal by the G7 (which includes the world’s seven main economic powers, including Italy).

According to EU criteria, only a few companies are regulated

Indeed, it is controversial which companies the DMA (Digital Market Act) should specifically target. The aim is to regulate platforms that small businesses cannot ignore. There are various criteria to identify it: the amount of sales, market capitalisation, number of users and in how many EU countries the group is active.

The element of crisis that has led, to some extent, to this impasse, lies in the difference in taxation imposed by the various EU states.

Despite the fact that there is a single market for goods and services, there are still 27 different tax codes. This situation leads to increased costs for businesses, reduced potential growth and investment, and increased complexity. Conditions that often facilitate the path to tax avoidance. On this front, too, the intention is to change direction. It seems, in fact, that they want to work on a new plan that could lead, in the not too distant future, to a single tax return for companies within the EU.

What kind of gains are we talking about?

The initiative to introduce new taxes on large international players follows the acceleration of talks between 140 countries after the US proposals. It should be noted that the minimum rate has already fallen from the 21% initially proposed to the current 15%.

But let’s talk about figures. According to the study published by the EU Tax Observatory, the tax revenues of European countries could increase by between 13% and 50% with this agreement. If a minimum tax rate of 15% is taken into account, about 50 billion euros more per year could enter the coffers of European countries. However, there is still the problem of how to distribute these sums between the various countries. In addition, there is the age-old problem of the difference in taxation that we discussed earlier. How will this work out? We will only know that later. The fact remains that the large multinationals will probably have to start putting their hands in their pockets. And this time we will not be talking about pocket money.