Home » Energy industry » COP26: here is what has been decided

COP26: here is what has been decided

After more than 300 hours of negotiations, all 197 countries signed the Glasgow Climate Pact, reaffirming their commitment to eliminate investment in fossil fuels.

The summit was a crucial opportunity for discussion following the 2015 Paris Agreement and took place at a time when the cruel and painful impact of global warming is more evident than ever. Disasters that underscored the importance of taking drastic and immediate action to solve the underlying problem and help people adapt to the changes currently already underway.

In the end, delegations were able to complete the “Paris rulebook” that the Paris Climate Change Agreement had put together. In the text, there are some important passages including the inclusion of a 45% reduction in CO2 emissions by 2030 (compared to 2010), a step that could help in keeping the average increase in global temperature within 1.5°C (an insurmountable limit recommended by the scientific community to avoid the most serious disasters imposed by the climate crisis and which should facilitate adaptation action).

In Glasgow, it was also established that starting in 2025, countries will have common commitments to reduce emissions over a period of 10 years (which they will communicate every five), so as to be comparable among themselves. However, since not everyone agreed, it will also be possible to submit their commitments from 2030. In addition, the States that have not yet updated their NDCs (voluntary emission reduction commitments) will have to do so by Cop 27 (Egypt).

The role of the European Union

In October, the European Union has issued 12 billion euros as part of its first green bond, the EU bond designed to collect liquidity from the market to invest in green projects and more generally to finance the 800 billion euro investment planned by the Next Generation EU. Europe, says the report, will collect up to 30% of this amount (250 billion euro) “through the issuance of green bonds until 2026, thus establishing itself as the first issuer in the world in this segment. 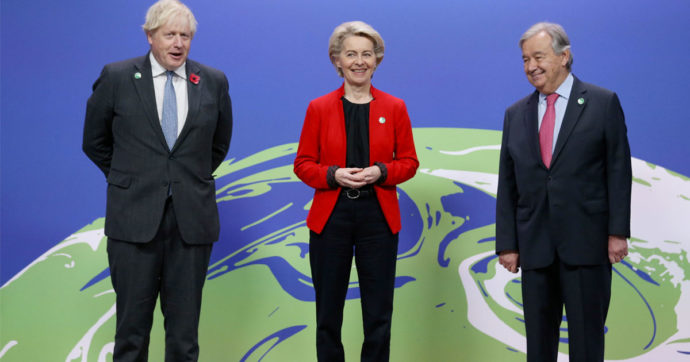 It is important to remember that the European Union presented itself at the COP with a common position and not with objectives of individual Member States. The reduction of greenhouse gases by 55% by 2030 is in fact a common and shared objective and one of the key elements of the European Green Deal. On July 14, 2021, the European Commission had adopted the “Fit for 55” package; the challenge for the EU will be to quickly approve the legislative proposals of the “Fit for 55” package so that they become enforceable in the Member States. However, the EU accounts for about 8 percent of global emissions. With a 55% reduction planned for 2030, this contribution will have less impact on the global picture than other powers.

The EU will need to combine domestic policies with cooperative climate policies with non-EU countries to improve its climate action. The EU would be the frontrunner, but that would not necessarily put the world on the path to decarbonization. It should also be borne in mind that European recipes for energy transition and decarbonization cannot be replicated in developing countries, but à la carte solutions are needed that take into account local or regional specificities.

Agreement between China and USA

Both parties (we are talking about the two countries that emit the most greenhouse gases in the world) recognize that there is a gap between deeds and words to keep global warming under control. 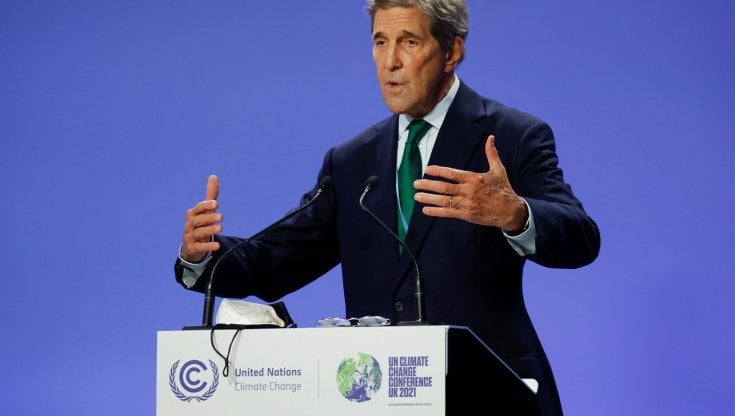 China and the U.S. intend to cooperate in the coming months through the establishment of a joint table for compliance with the Paris Agreement. The document states that the two countries will cooperate to “maximize the social benefits of the transition to clean energy,” on “policies to encourage decarbonization,” on “key areas related to the circular economy,” to implement new technologies for storing CO2. In addition, the two nations aim to mitigate the effects of global warming from methane leakage. 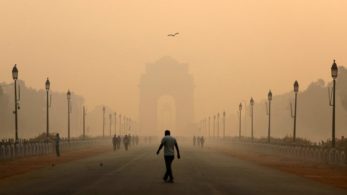 Coal is the fuel that powers about 70 percent of India’s electricity generation. But it is also by far the most polluting and therefore, in the face of the smog emergency, even Delhi has been forced to intervene, especially after the Supreme Court ordered the immediate launch of restrictive measures. In recent days, the air quality index in the capital has reached around 400, a level considered dangerous for health, so much so that hospitals have recorded a sharp increase in admissions for respiratory diseases.

The Delhi region is notoriously polluted for much of the year. The air becomes especially toxic in the winter months as farmers in neighboring states burn crop stubble before the new planting season. And fireworks during the Diwali festival, which occurs at the same time, only worsen the air quality. In addition, the lack of wind traps pollutants in the lower atmosphere making the situation even worse.

The formation of the Beyond oil and gas alliance was one of the most significant announcements to come out of Glasgow. The coalition aims to raise the ambition to move towards eliminating oil and gas from countries’ energy mix. The initiative, chaired by Denmark and Costa Rica, is currently signed by only 11 parties (not just nations, including California). It is possible to take part as a “Core member”, where you commit to stop granting concessions for oil and gas production and exploration activities; “Associate member”, to commit to cut subsidies for gas and oil (both abroad and at home); “Friend”, in order to align the use of gas and oil to comply with the Paris Agreement. Italy is present in the list of signatories but is currently the only nation to have joined the “Friend” mode, the one with the lowest level of ambition.