Home » Political and Economic Scenarios » What’s at stake for Italy in Libya?

What’s at stake for Italy in Libya? 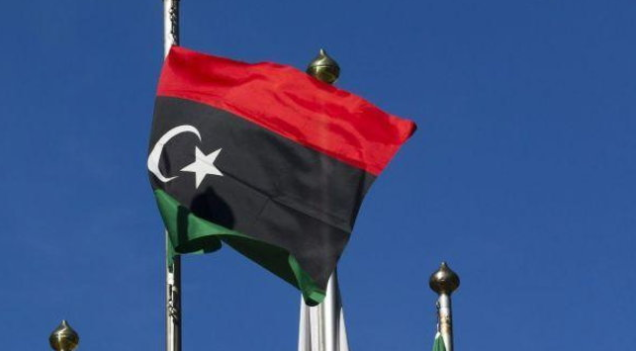 The situation in Libya

In the Mediterranean Sea chaos reoccurs as in 2011 and the main protagonist is again Libya which, with the political crisis and the civil war in progress, risks to destabilize a large part of the region.
In Libya there are two separate political entities that have been fighting for years:

Oil-rich Libya has been torn by years of violence, with Tobruk controlling the eastern part of the country and some of the more important oil fields, opposed to the GNA that controls the National Oil Corporation (NOC) and the Central Bank, the only bodies allowed to sell Libyan Oil according to International Agreements.

Next to fall under siege by Tobruk’s troops, Tripoli asked Italy for military aid, which was refused for constitutional reasons: Italy cannot use the war to settle inte 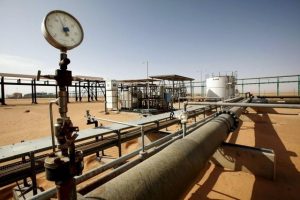 rnational disputes. And therefore, Tripoli pleaded Erdogan for help, and a military cooperation agreement was signed late last year.
In just a few weeks, with Turkey’s military support, which has NATO’s second largest army, powers have changed in the conflict’s front lines.
General Khalifa Haftar, renegade military commander of the Libyan National Army (LNA), with its latest offensive was on the outskirts of Tripoli yet the offensive has failed thanks to the decisive Turkish intervention with numerous Syrian mercenaries.

The Tobruk army has suffered a series of serious defeats and has been pushed back from most of northwest Libya towards the central coast city of Sirte. Rumors are that Haftar could be replaced soon.
The GNA and LNA have returned to fragile ceasefire talks but the UN is warning of a new escalade in the conflict due to the flow of weapons and fighters in Libya despite the embargo.

Ankara recruited its troops among the Syrian’s Salafist militia of the Muslim brotherhood and former fighters of the Islamic state and Turkmen militia (fighters of turkish heritage and identity), men who fought in Syrian civil war and that now allowed Turkey to reconquer the Tripolitania.
With Haftar’s retreat and with the dilemma if he will still be backed up by his sponsors there will be a new point of stabilization in the region.

The area around Tripoli can now be considered a turkish’s protectorate with the installment of its energy companies.
All the contenders, above all Turkey and Russia, are seeking geopolitical presence and the opportunity to drill in the Mediterranean.
In recent days a senior level turkish delegation led by Foreign Minister Mevlut Cavusoglu arrived in Tripoli for talks regarding the “latest development in the crisis” with Al-Sarraj.
It is the most significant delegation to visit the country since Haftar’s offensive on Tripoli in April 2019.

The relation with the Italian government

In this situation Italy, that has betted from the start on the side of Al-Serraj’s coalition, has basically pulled itself out.
Italy currently heads the operation of the European Irini mission aimed at monitoring arms smuggling via the Mediterranean to Libya, but strategically has bailed out. Italy and Europe, even after the Berlin Peace Talk Conference at the beginning of the year, are on the fringes of the Libyan crisis and of the stability of the Eastern Mediterranean.

The Covid-19 pandemic accelerated Italy’s estrangement in favor of Erdogan’s influence on Tripoli: we are talking about 11,000 Syrian mercenaries, 1,500 Turkish soldiers and contractors on the ground with the support of a couple of warships and of drones. 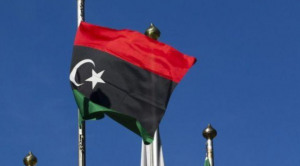 The million-dollar question is what Italy will do.

Although Tripolitania traditionally is one of the centers of italian interests with the Greenstream pipeline, the Mellitah Terminal and theimmigration checkpoints, Italy nowadays is in big delay and has tied hands.
Conte’s Government can’t certainly take sides with Haftar, but a strategy could be of consolidate its relations with one of the General’s main supporters, Egypt, at a commercial, military and energy level.

The recent deal of two Navy Frigates to Egypt is however hindered by the Giulio Regeni Case, the italianPhD student who was found murdered in Cairo in 2016 while conducting research into trades unions.
Newspaper Corriere della Sera reported recently that at stake there are even more lucrative arms sales to Cairo, up to a total of nearly 15bln euros.
If instead, on the wave of Regeni, concerns in the Government mount and pro-Turkish forces were to advance beyond Sirte, ties with Egypt would be lost and most likely Cairo would intervene militarily in Libya.

If relationship with Egypt cools, Italy, with its current marginal role could find itself with hostile forces on both sides of Libya.
Rome is stressing strategic relations with Egypt given also a possible change of Haftar in favor of Aguila Saleh, a more reasonable leader and currently the President of the Tobruk House of Representatives.
Italy’s presence in Tripoli is based on a military mission that is supporting the Libyan Coast Guard in anti-immigration patrols and in Misurata with a medical station that allows Rome to keep the flag flying.
A complex picture in which the conflict and the gunpowder are moving extremely fast. We all hope that diplomacy will be able to orient itself also inside the Italian Government’s “General States” that are being held in these days at Villa DoriaPamphili in Rome.

Oscar Teja is a US / Italian Citizen with over 10 years of commercial experience in the Aerospace and Defence Industry. He is currently a Full Time MBA Student at SDA Bocconi School of Management in Milan and is serving as an elected City Council Member of La Spezia. He has a passion for sailing and a deep interest on the correlation between International Relations and macroeconimic policies.