Home » Geopolitics » Italy is back in the Libyan game: a first step towards becoming a major player in the Mediterranean?

Italy is back in the Libyan game: a first step towards becoming a major player in the Mediterranean?

On April 6th, in his first official trip abroad as Italian Prime Minister, Mario Draghi visited Tripoli, Libya. Here he met his counterpart, Abdel Hamid Ddeibah, who has been entrusted with the task of leading the North African country to the elections on December 24th.

Preceding Mario Draghi’s trip, Minister of Foreign Affairs Luigi Di Maio visited Libya both on March 21st and 25th  (together with Eni CEO Claudio Descalzi). However, the dialogue between the two countries in recent weeks is not exclusively determined by the latest positive events, which give hope for a reconstruction of the country: in fact, Italy was the only country that, despite the civil war that broke out in 2011, kept its embassy open in the country.

In the process for the reconstruction of Libya, many countries that in recent times, for various reasons, had no longer played a leading role, such as France (which after the lost bet of supporting General Haftar, has adopted a more cautious and less unscrupulous strategy) and Germany, are coming back into this scenario. Italy cannot take any false steps, because many countries want to grab a piece of the “new Libya”. Mario Draghi, a man well versed in international relations, is well aware that there will soon be many knocking at Ddeibah’s door and has decided to anticipate the times and move first. 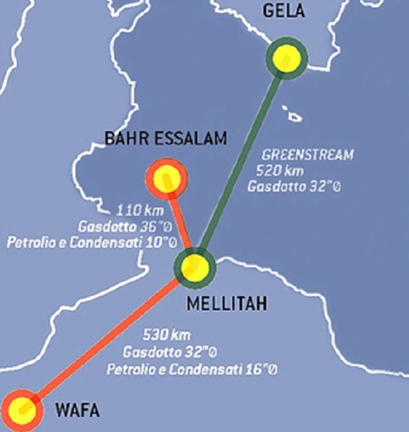 Italian interests in Libya are numerous, starting with energy. It is no coincidence that, as mentioned above, Eni’s CEO Descalzi accompanied Di Maio on his diplomatic trip. From the North African country arrives in Italy, through the energy giant, about 12% of the oil we import and about 8-10% of the gas, but there is more.

Eni exports about 55% of its imported crude oil to the former colony in the refined products form, and is the leading producer and main supplier of gas to the local market, with a share of about 80%. In addition, there is a discussion about an agreement for the creation and development of a partnership in the energy transition sector, which could also include the construction of renewable energy sources in the Fezzan.

The south-western region of the country is at the center of another major issue of direct interest to Italy: the migration issue. The Fezzan is in fact the crossroads of various migratory routes from the Sahel, that area of sub-Saharan Africa characterized by instability and conflict. Investing in that Libyan region would lead to a greater presence of the State, and therefore also greater control of the border with Niger and Chad.

In the North of the country, on the other hand, Italy’s commitment to training the Libyan coast guard to prevent irregular departures of migrants directed towards the south of Italy, with the related risk of terrorist infiltration. 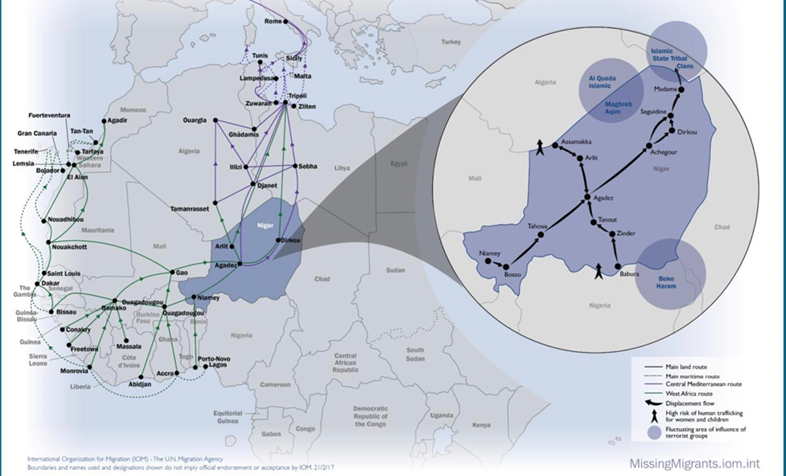 Infrastructures, the bridge to ‘the fourth shore’ of the Mediterranean

Another area of interest for Italy is its infrastructure. Our country has a privileged relationship with Libya, a strong relation that started during the Fascist period and then continued, in the form of cooperation, with the birth of the Republic, and under the impetus of Enrico Mattei.

It is no coincidence that on April 5th, an Italian delegation, made up of the leaders of Aeneas and Enav, went to Tripoli. Aeneas, a consortium formed by five private companies, has signed contracts for 80 million euros to make Tripoli’s international airport operational. Enav, on the other hand, will be responsible for rebuilding the control tower at Mitiga airport, currently the only functioning one in Tripoli, and for training the air traffic controllers. The securing and reopening of Libyan airspace is of great importance for the connections between Libya and Italy, and with Europe in general.

Lastly, we should not forget the project to build a coastal highway of around 1,800 km between the Tunisian and Egyptian borders, which dates back to the Friendship and Partnership Agreement signed in 2008 between Gaddafi and the Berlusconi government. Part of the work, worth around € 1 billion, will be entrusted to Webuild.

Soft power, a ‘weapon’ to continue to be leaders:

Beyond economic, energy, and migration interests, Draghi’s trip represents a strategic standpoint for Italy, with important geopolitical repercussions. Italy knows that it cannot compete with Turkey and Russia from a military point of view, so it is leveraging its soft power in order not to lose ground.

In this sense, the opportunities in the health and cultural sectors should not be underestimated. With regard to the former, just think of the great work done by our compatriots in the military hospital in Misurata, in assisting the civilian population. In addition, especially in Tripolitania, there are many citizens who have Italian healthcare as a reference point for treatment, and those who can, try to study medicine at our universities. With regard to the importance of the cultural dimension, the fact that the teaching of the  Italian language has been reintroduced in secondary schools from the 2020/2021 school year and that an agreement was signed in December for the training of teachers and professors is enough to highlight the influence that our country can exert in Libya.

Of course, the maneuvering space that Italy has and could have in Libya depends on its alliance with the United States, which after years of progressive disengagement has once again become interested in the Mediterranean region. For this, it is necessary to show that we are able to assume the role of regional power on which the US can rely; otherwise, the ball will pass to someone else.

END_OF_DOCUMENT_TOKEN_TO_BE_REPLACED 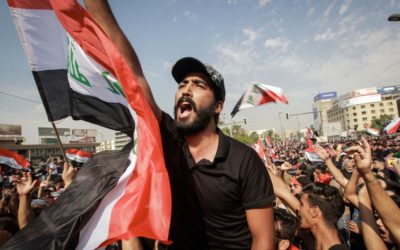